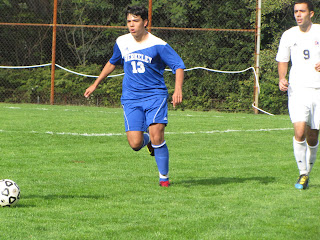 The top 8 teams in the nation compete in the USCAA National Championships in Vermont in November. Final bids are announced on Monday, October 25.
The team is currently 8-5 on the season and 5-1 in the Hudson Valley Men's Athletic Conference. The team has marquee victories over the College of Staten Island, Brooklyn College, and Lehman College.
The team next competes against City College of New York on Saturday, October 23, and New Hampshire Technical Institute on Sunday, October 24.
Posted by bdm at 2:58 PM