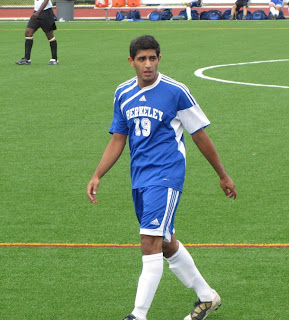 The team was led by star freshman Ramon Arce who assisted on the first two goals and netted the third on a free kick. Senior Rakon Falah started the scoring by heading in a corner kick by Arce. Sophomore forward John Machado followed it up off a nice pass from Arce.
Senior goalkeeper Oscar Ortega earned his second consecutive win of the season.
The team has an opportunity to even their record when they play Rutgers-Newark on Wednesday, November 3.
Posted by bdm at 5:52 PM