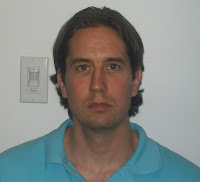 Daniel Wanless has been hired to lead Berkeley College's first New York cross country squad.
Coach Wanless joins Berkeley College after a successful high school and collegiate career. As a cross country runner, coach Wanless earned All-Conference honors and most valuable runner honors in his senior season, and won first place in the Como Park Invitational while in high school
where he excelled as a three-sport varsity athlete.
Following his high school career, coach Wanless accepted a cross country scholarship to Nyack
College where he participated as both an athlete and a team assistant before graduating in 2003 with a B.A. in Philosophy.
Since college, coach Wanless has gone on to earn his M.A. from Alliance Theological Seminary and has completed all of the course work for his Ph.D. in Philosophy, Values, and Society from the University of Albany.
"Coach Wanless fits right in with our philosophy of the student-athlete," said Brian Maher, athletic director of Berkeley College, on the hiring of Wanless. "His devotion to education when combined with his athletic accomplishments made him the ideal candidate to establish this program. Mr. Wanless has a passion both for running and for our students."
Professionaly, coach Wanless was a New York City Teaching Fellow and has more recently taught as an adjunct professor at multiple institutions, including Berkeley College.
Posted by bdm at 1:19 PM