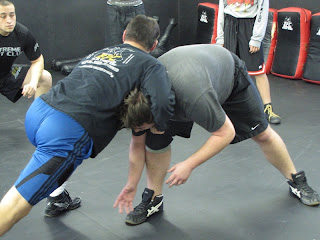 
"We are excited at the opportunity to develop a wrestling program," said Brian Maher, athletic director of Berkeley College. "Few colleges in New Jersey offer it and I am confident that not only will we fill a need, but that we'll be competitive in a very short period of time."

The program trains at Extreme Fight Club in Woodland Park, a mere 1/8 of a mile from the front entrance of the campus.

For more information on the program, contact Bruno Ferreira at brf@BerkeleyCollege.edu.
Posted by bdm at 8:49 AM