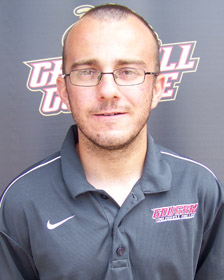 Tiago Dos Santos (Berkeley College '11) has joined the Caldwell men’s soccer staff as an assistant coach. Prior to joining the Cougar staff, Dos Santos had been coaching in the Red Bulls Training Program for the past year, training youth soccer club teams around New Jersey. This past summer, he worked with the Mahwah English Pro Fire U13 boys’ team that won the East Hudson Tournament.


Before joining the Red Bulls, Dos Santos coached at Morris County School of Technology in Denville, N.J., for the past two years. Last fall, he led the girls’ varsity squad to an 8-8-2 record, which set the record for the most wins in a season and qualified the Devils for their first state tournament appearance. He also coached the boys’ junior varsity team for a year at Morris Tech.

Dos Santos graduated from Berkeley College in 2011 with a degree in business management. He played two seasons at Berkeley and also trained with the Harrisburg City Islanders of the United Soccer League. A native of Union Township, N.J., Dos Santos is working on a Master’s degree in sports management at Montclair State University.