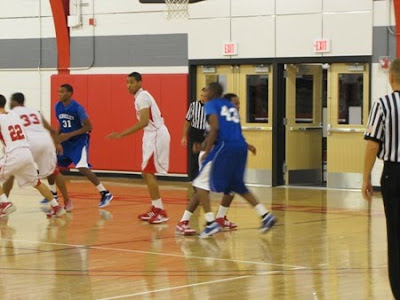 Montclair dominated on the inside and on the fast break to take a commanding 44 to 24 lead at the half and a 54 to 34 edge on the boards for the night. Despite Berkeley's height advantage, the Bulldogs would fail to convert time and time again on the inside and at the free throw line, shooting only 3 for 11 from the line compared to the Red Hawks' 10 for 13. The Red Hawks would cruise to a 80 to 39 win to improve to 3-0 on the season.
The loss drops the Bulldogs record to 2-5. They were led by Jarrel Young who scored 18 points. Berkeley next plays at Drew University on Tuesday, December 1, at 7 P.M.